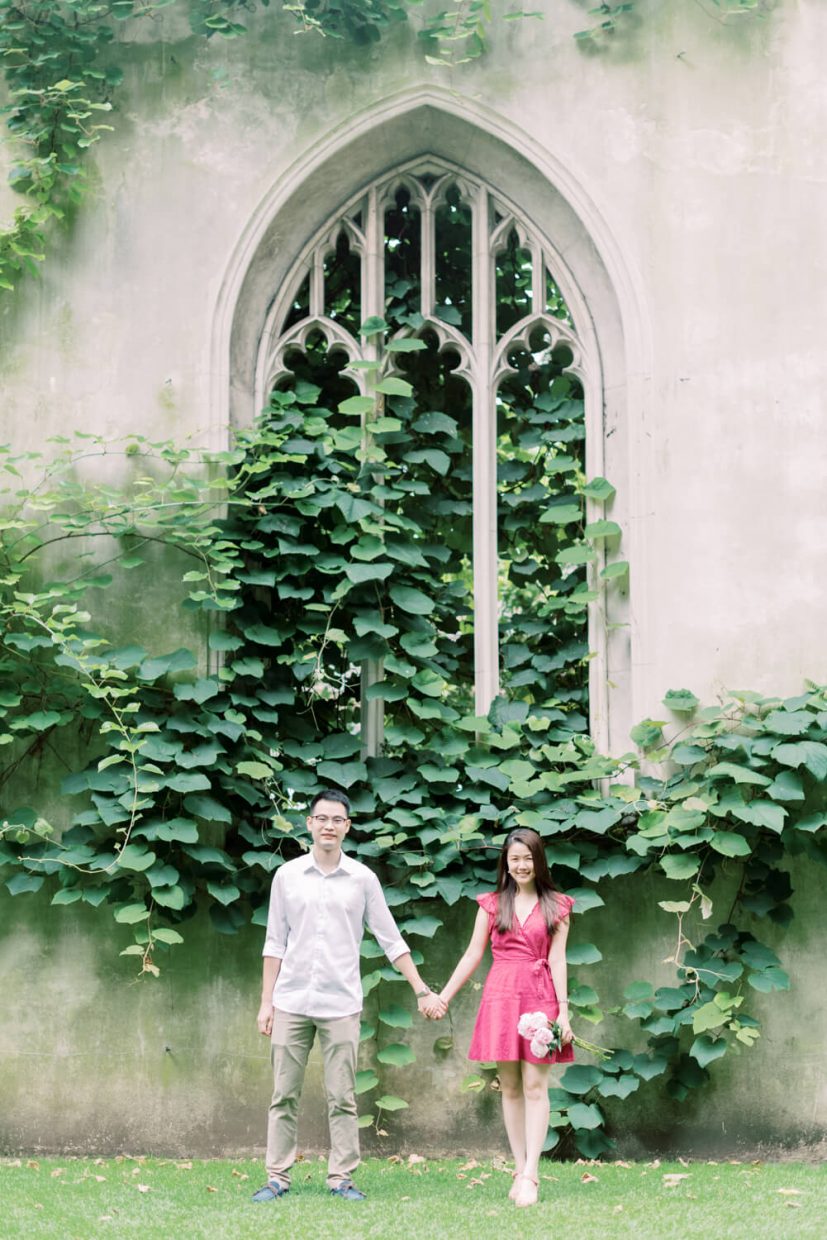 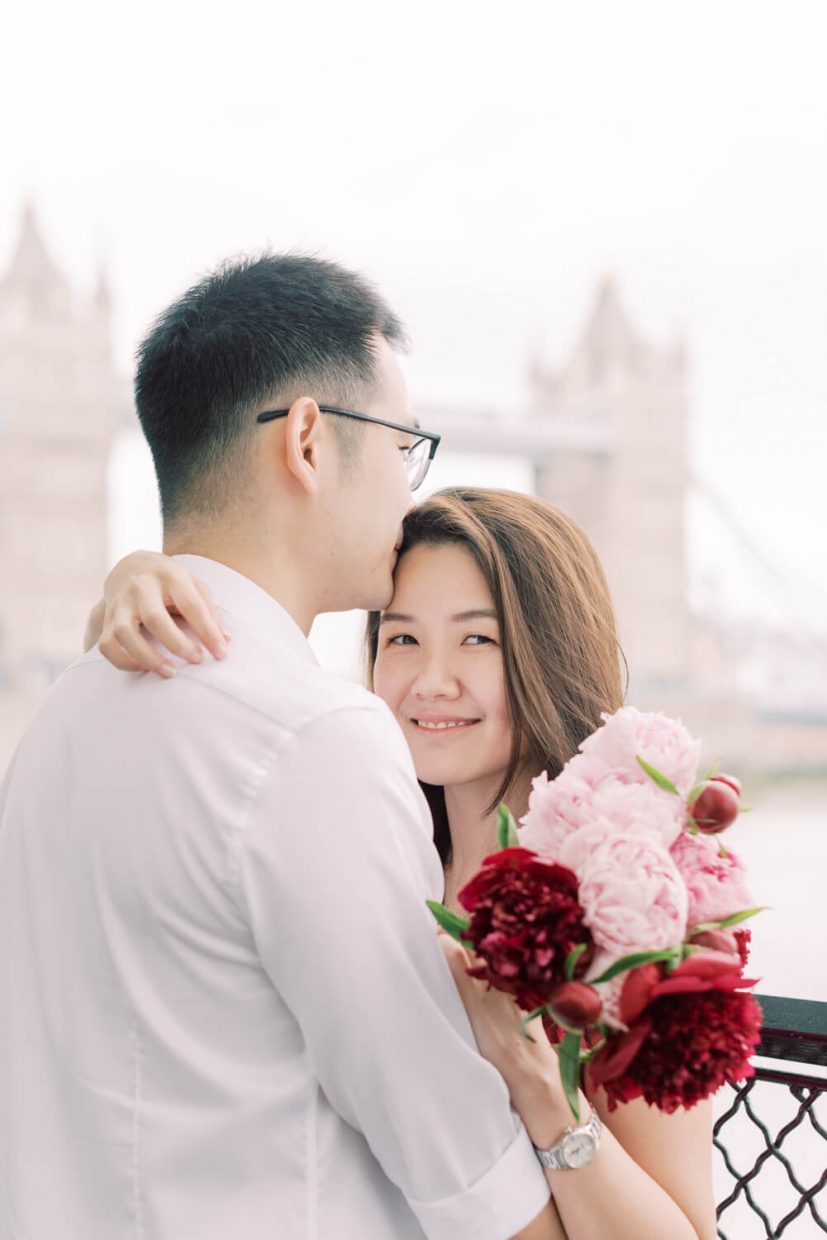 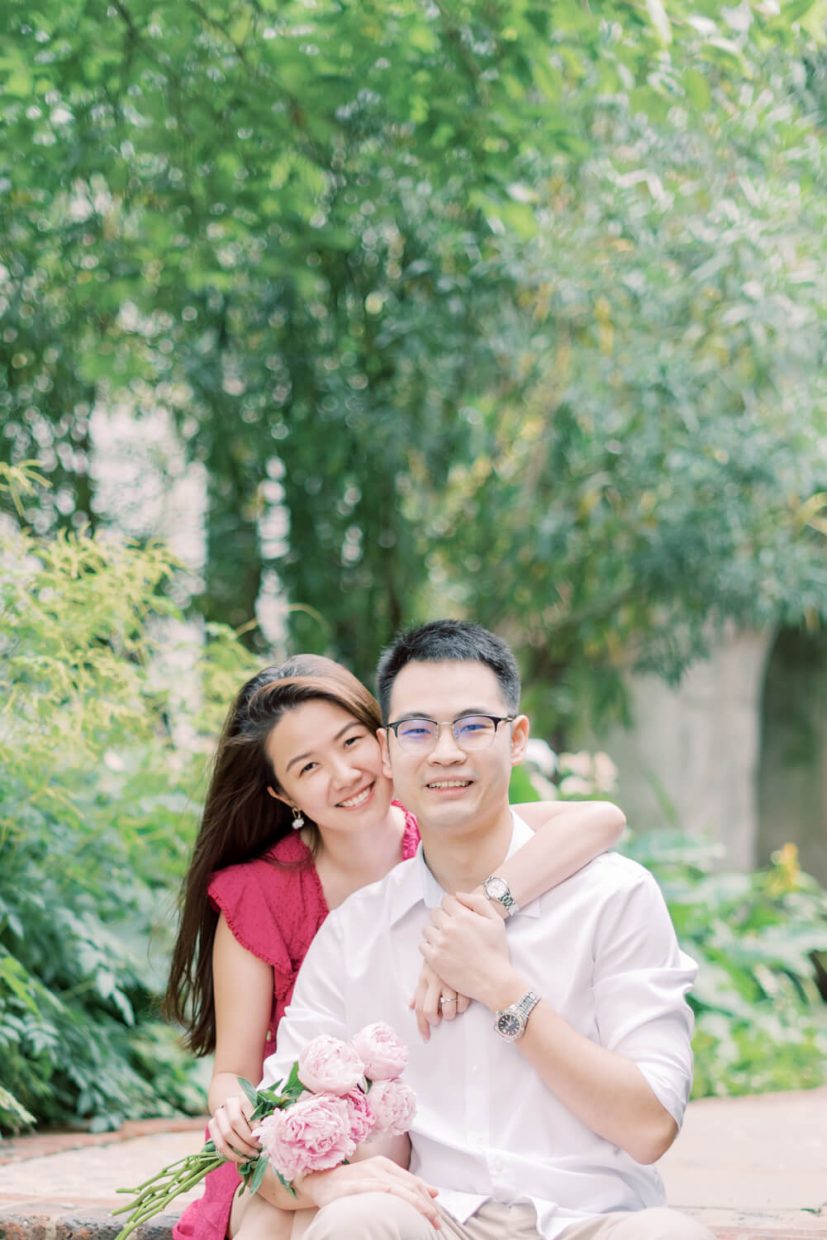 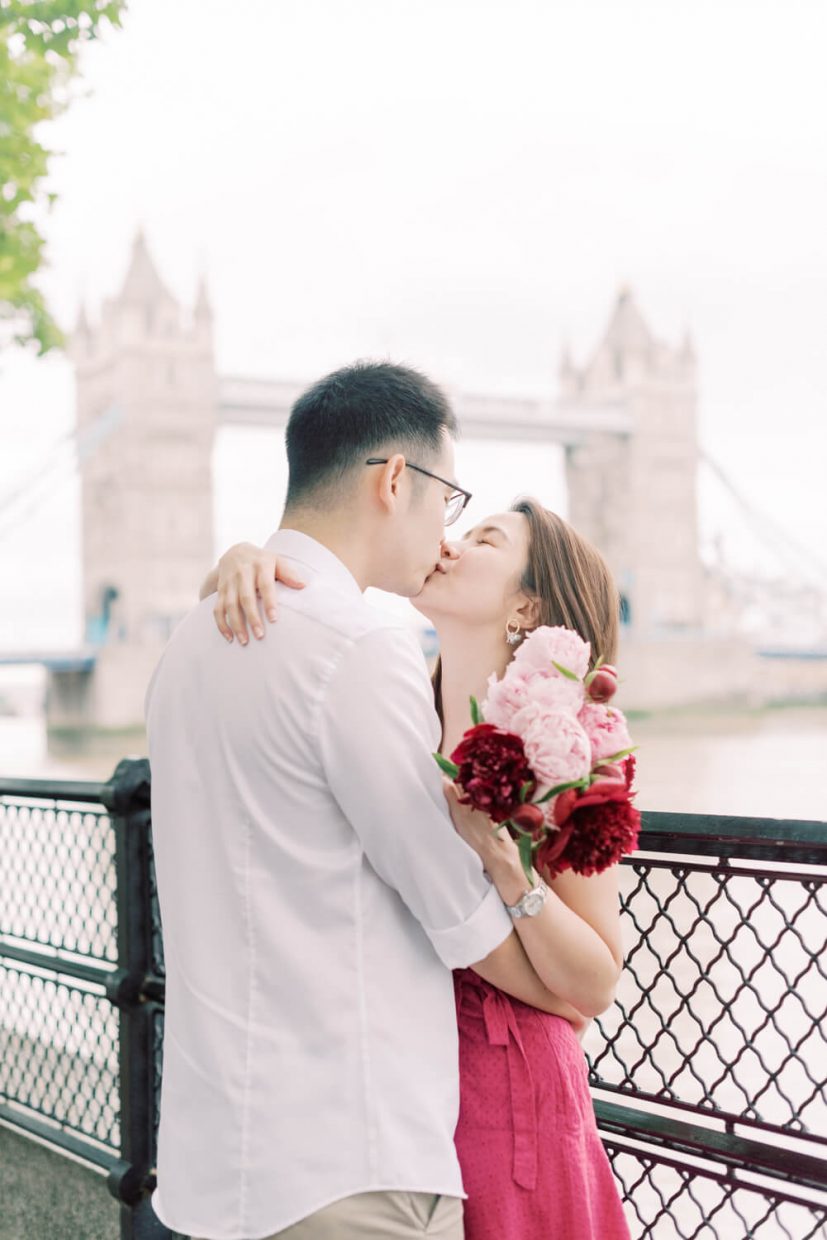 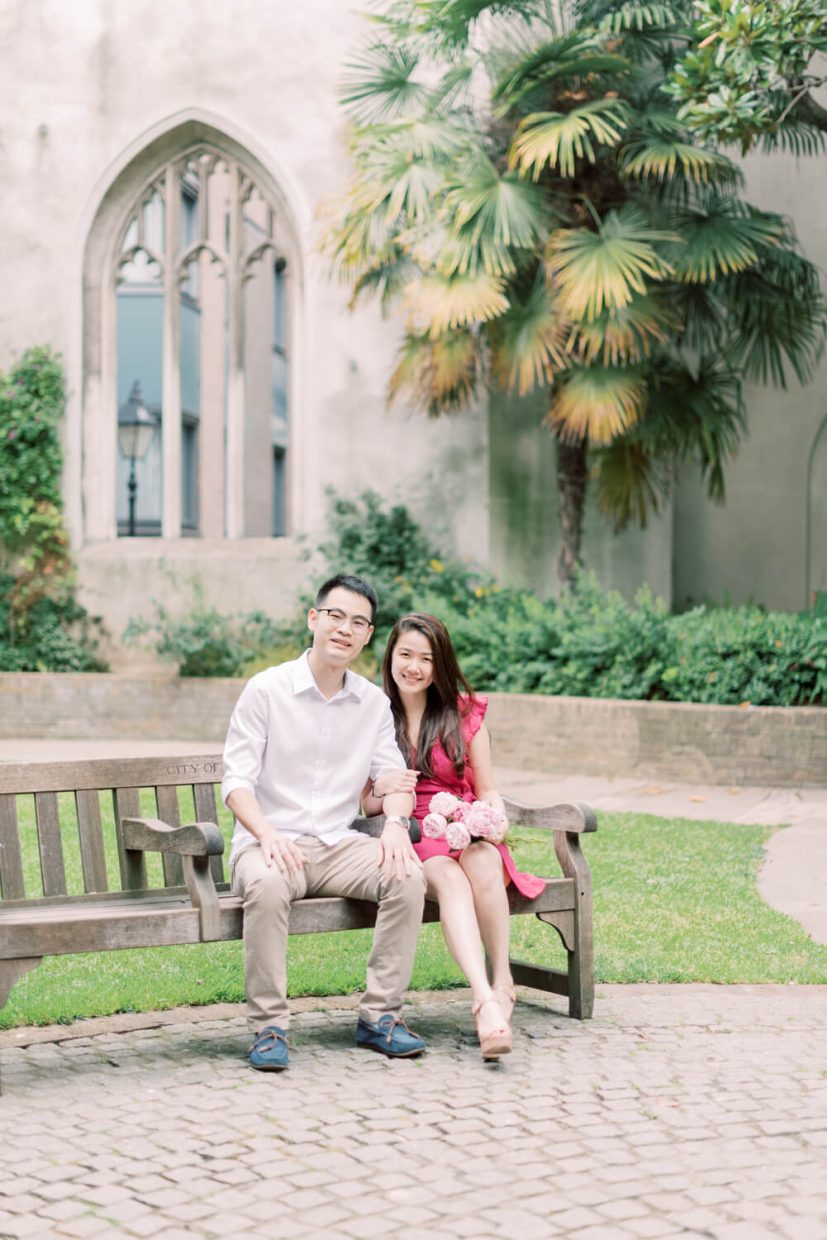 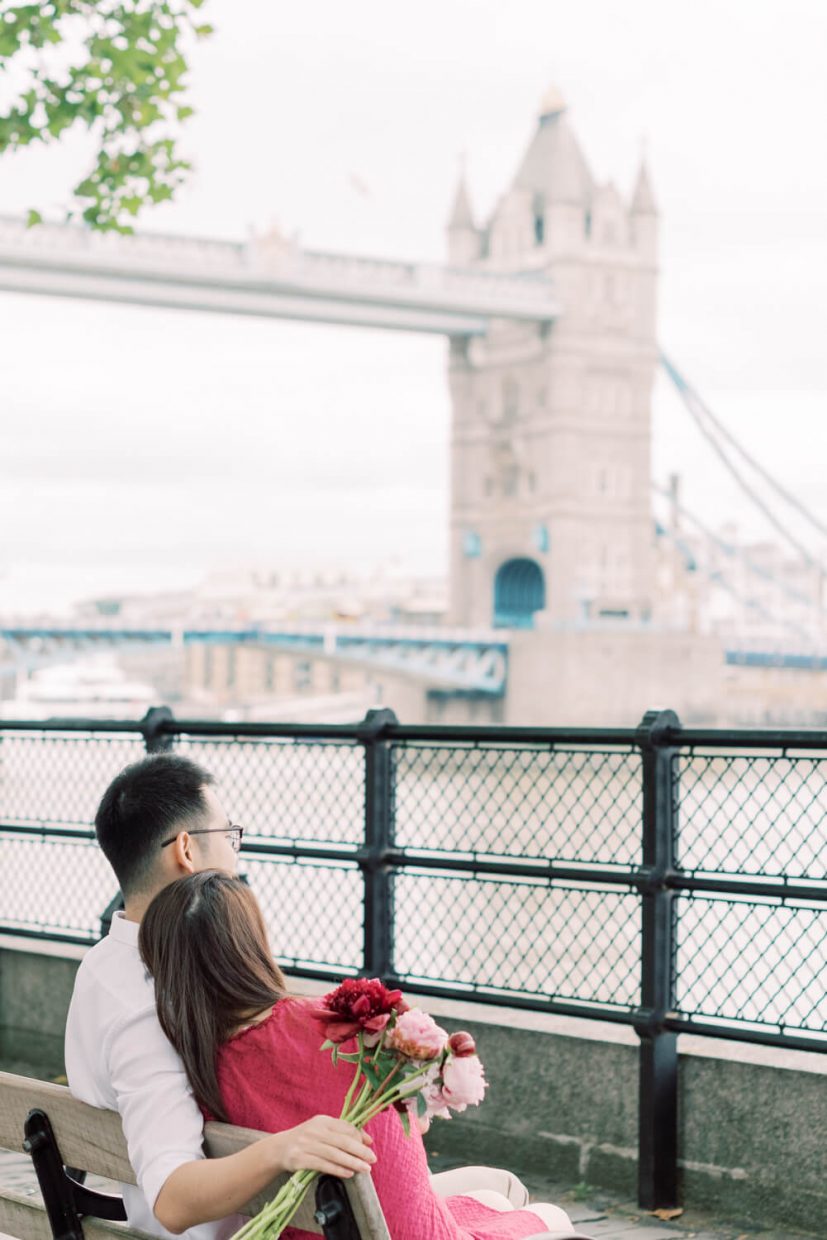 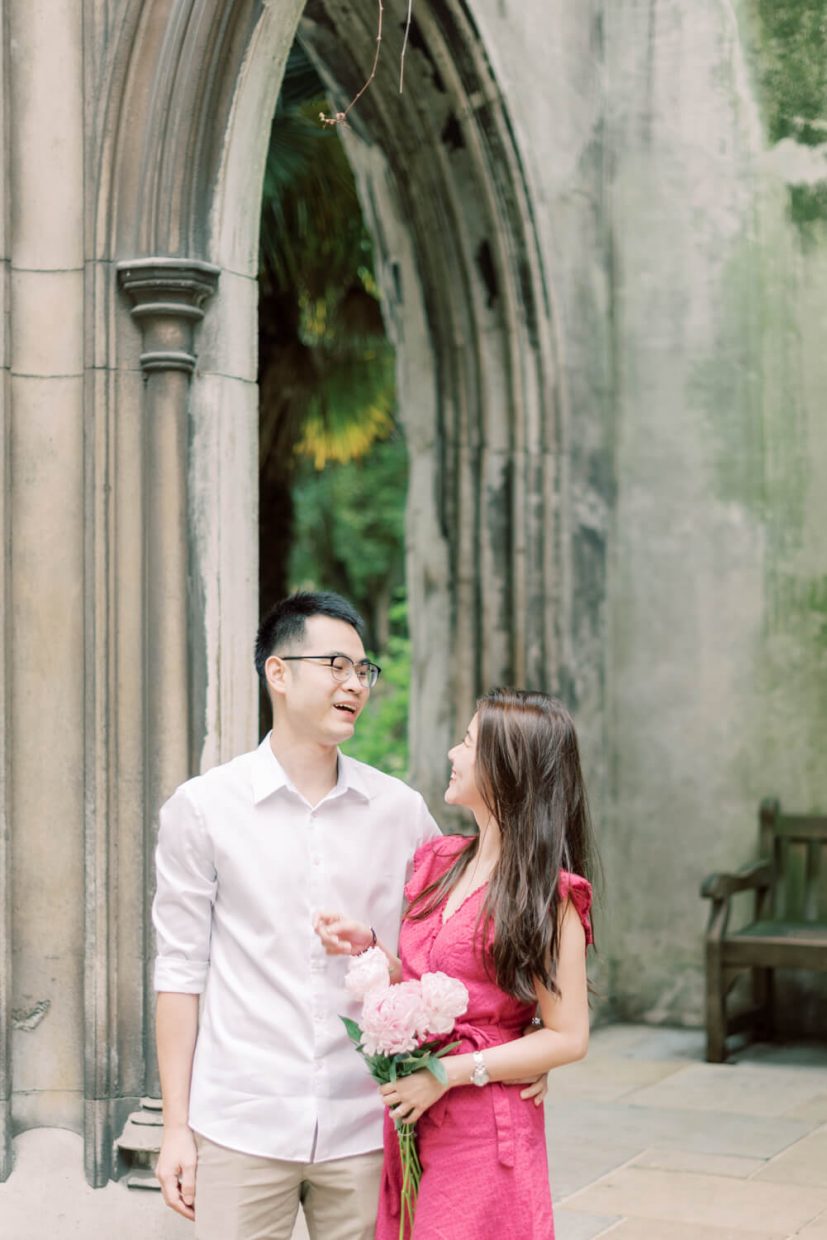 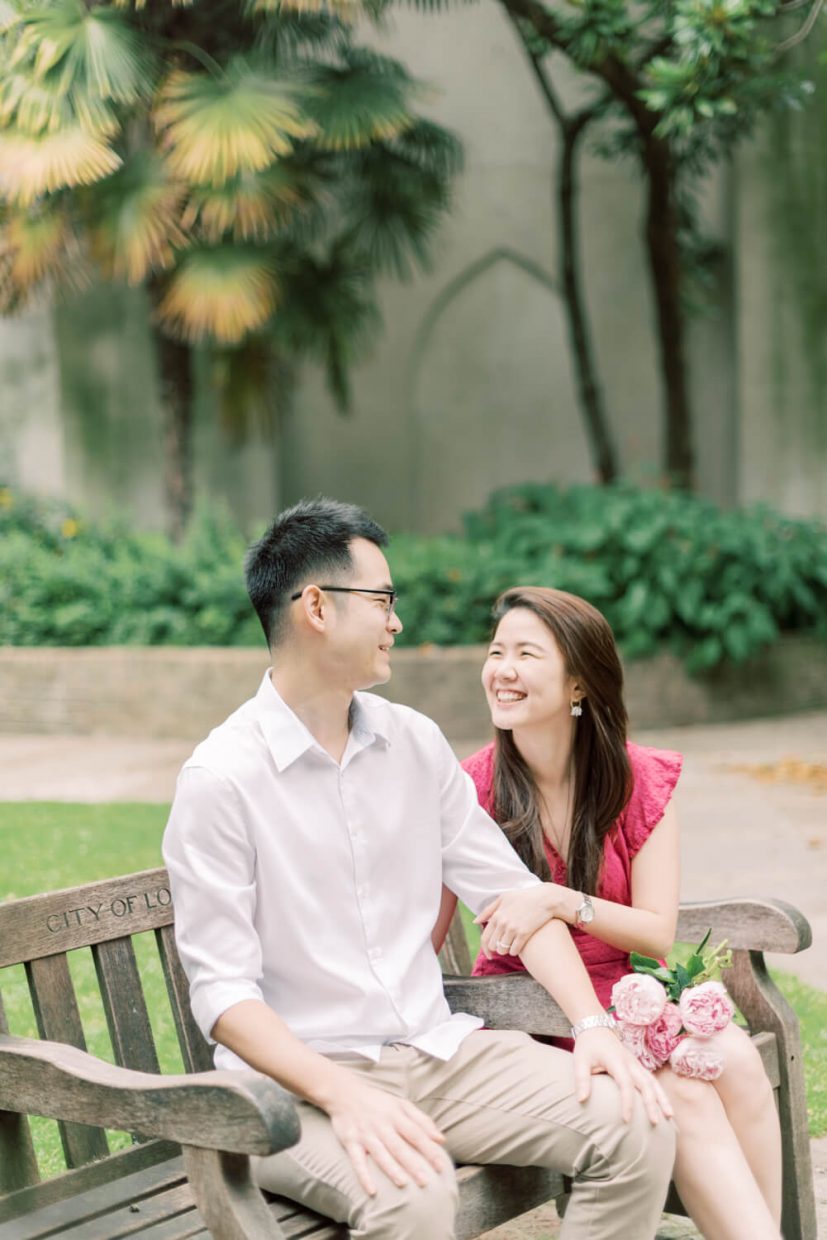 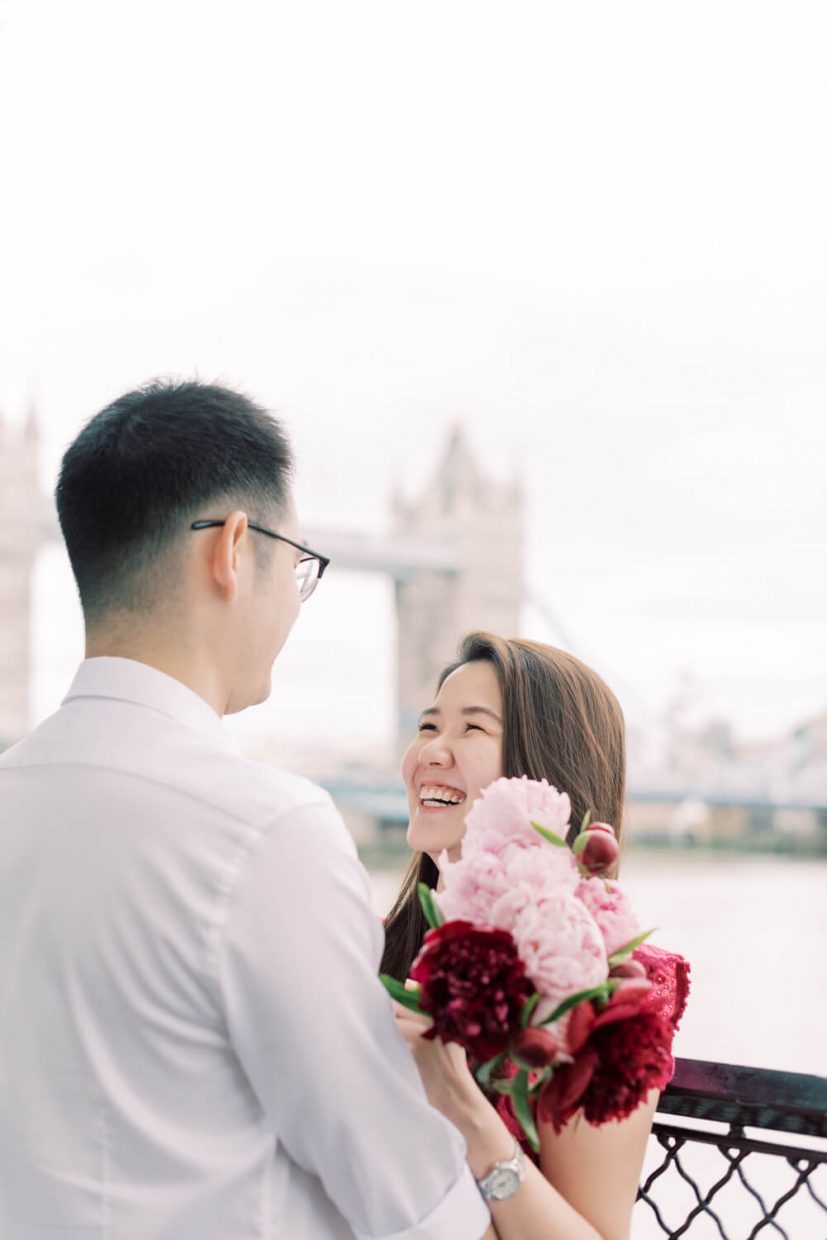 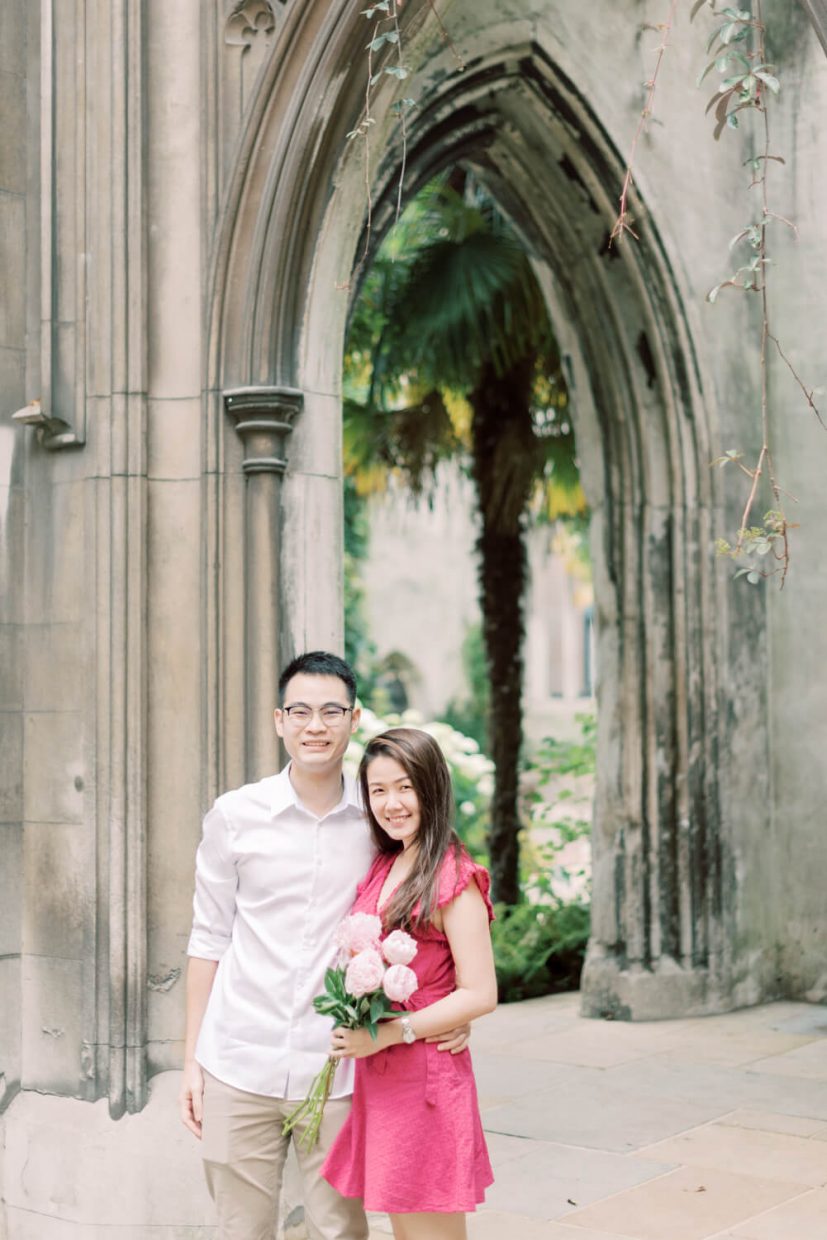 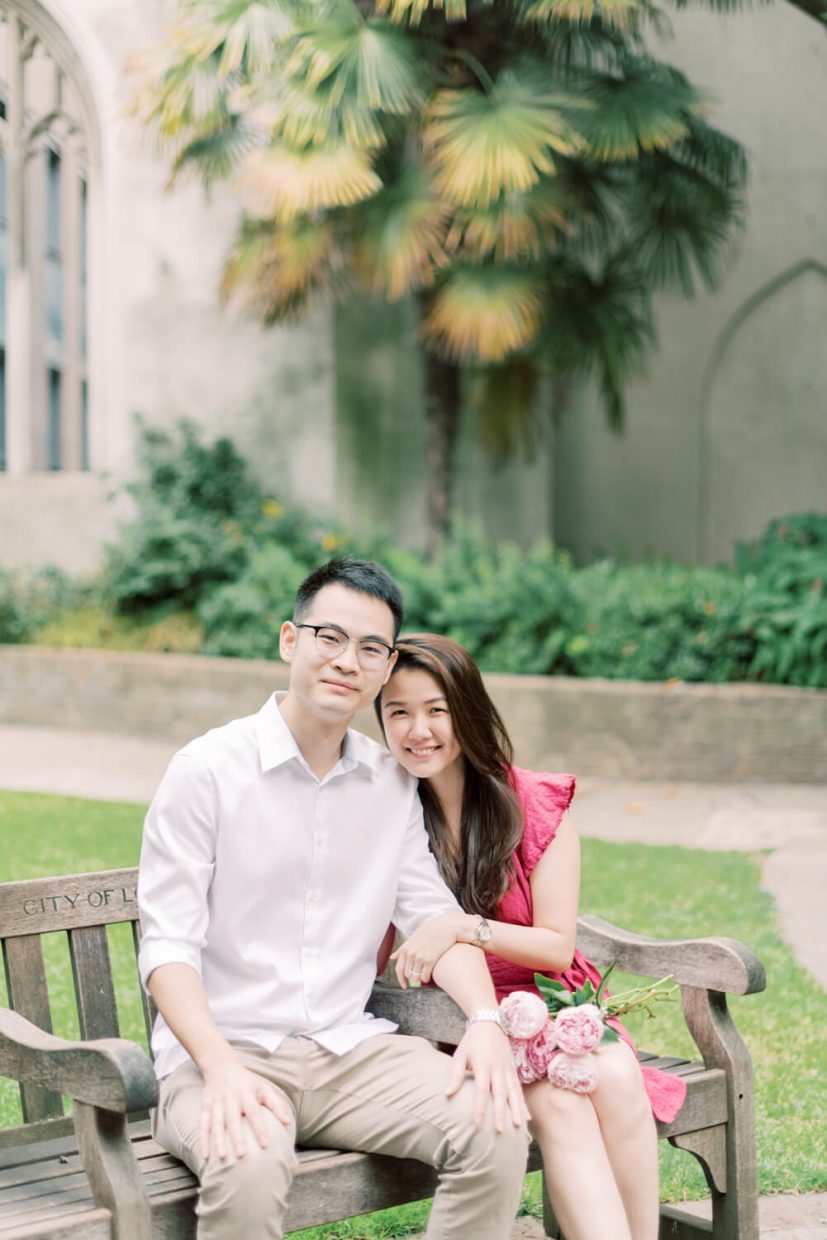 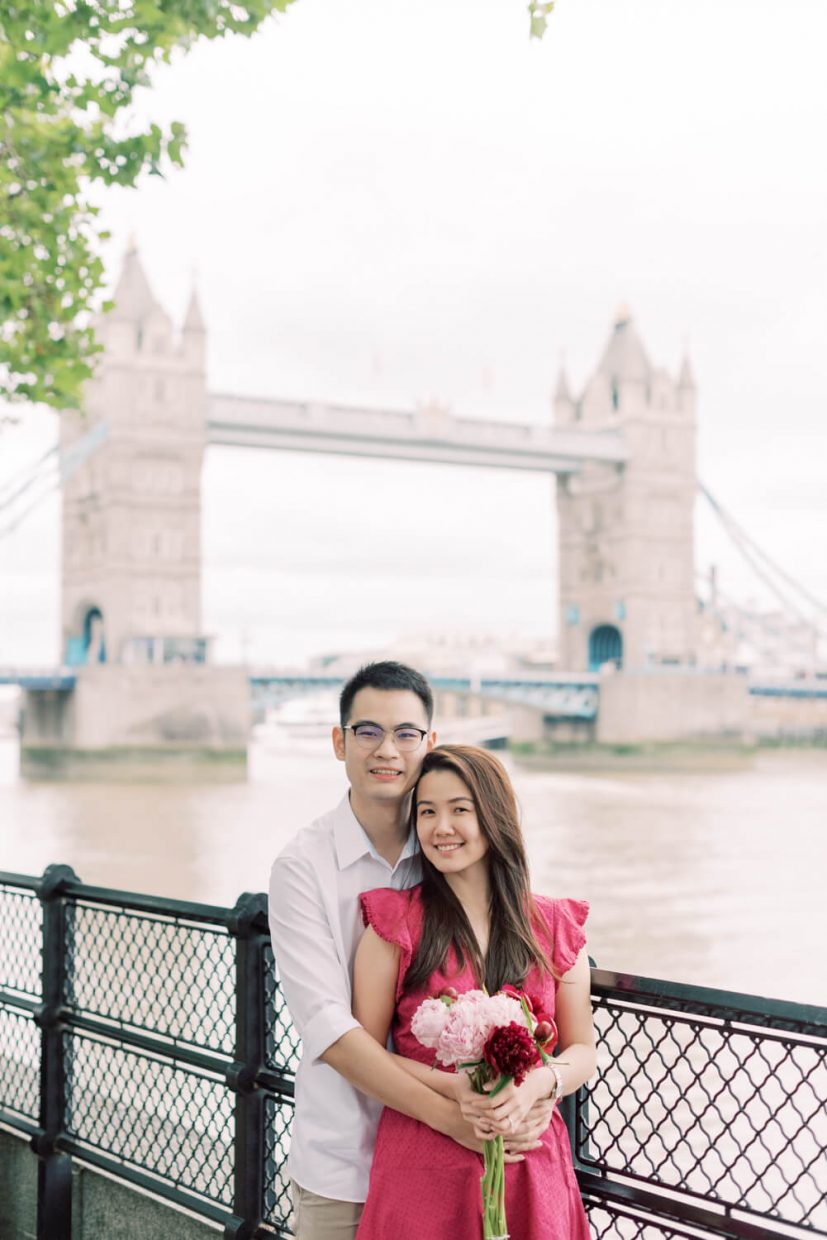 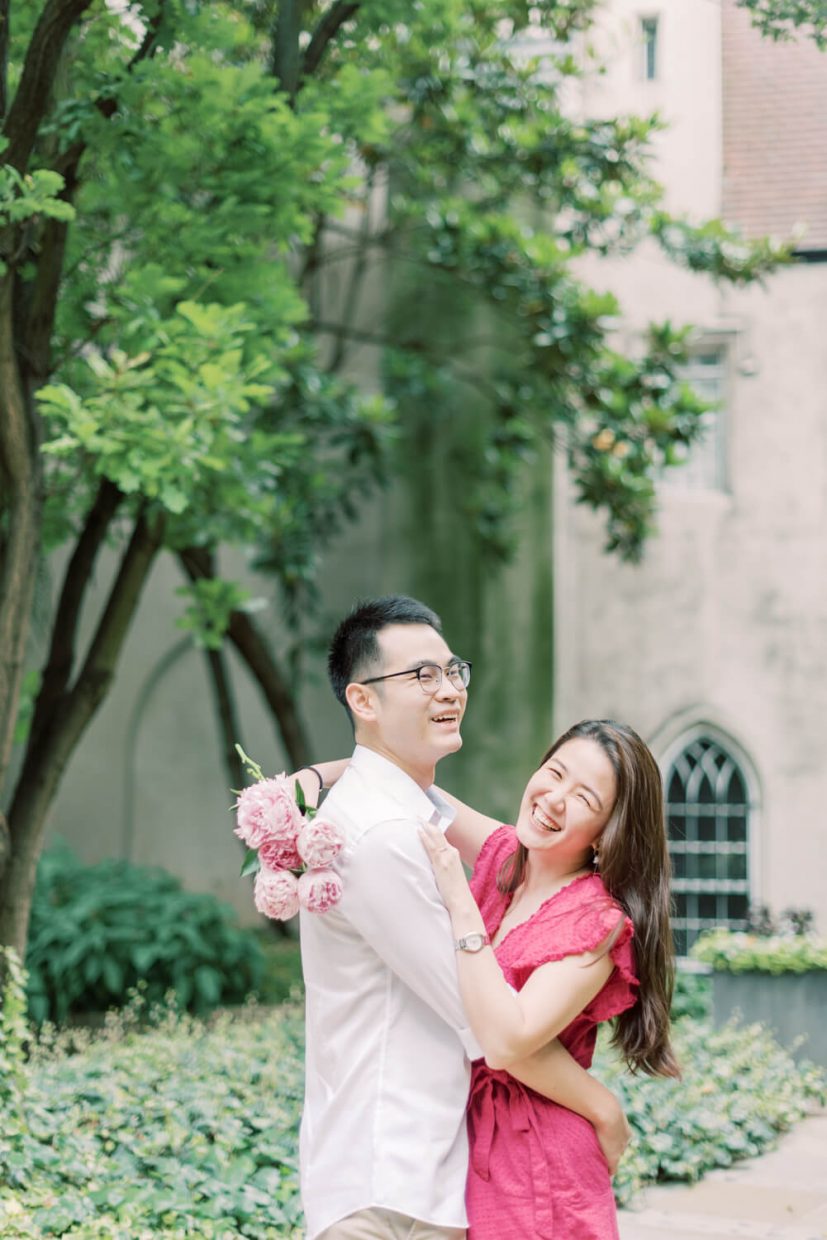 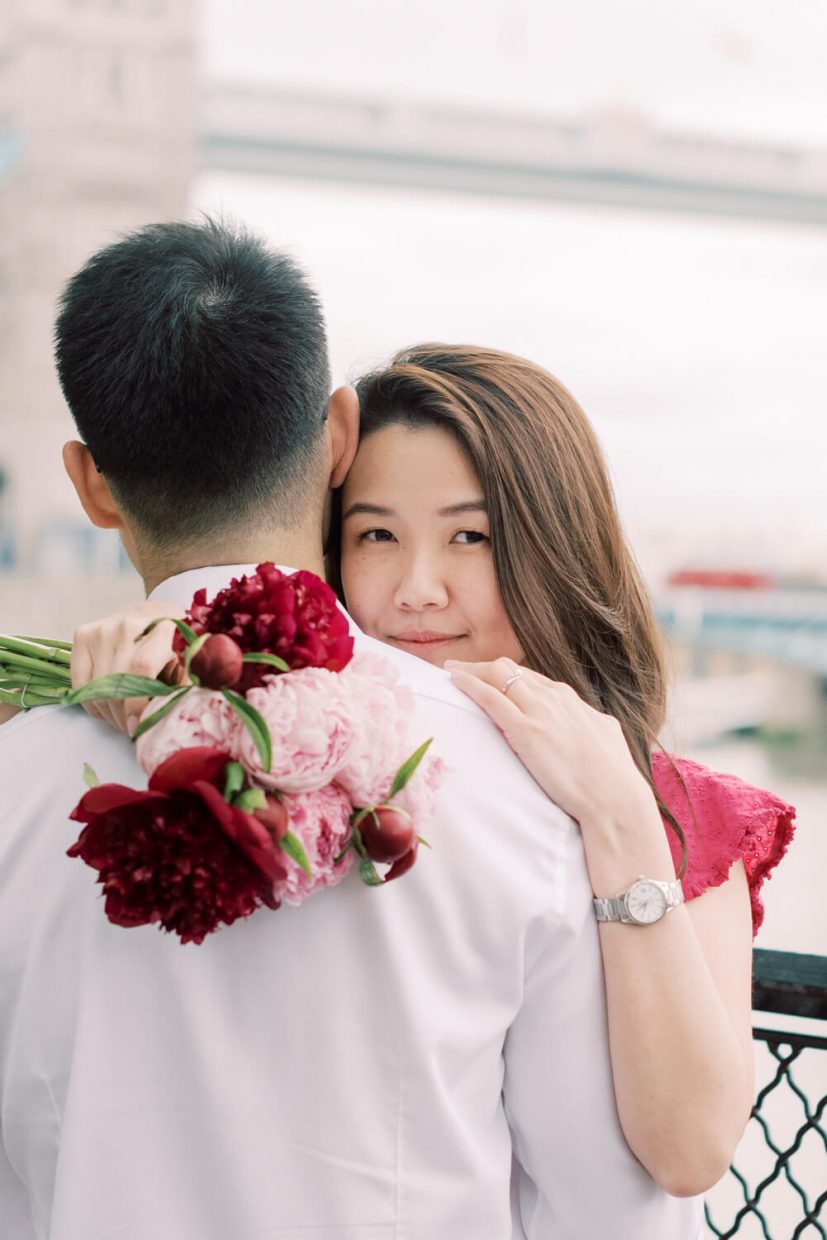 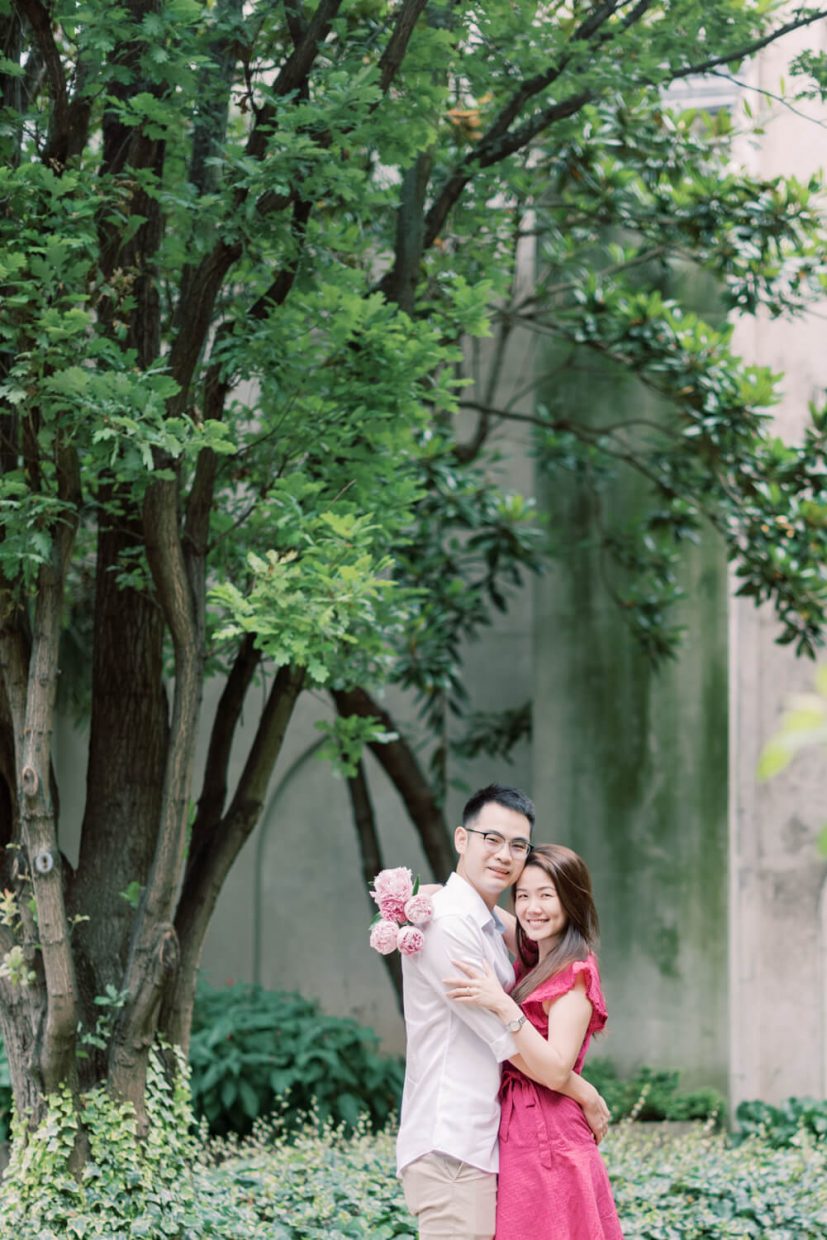 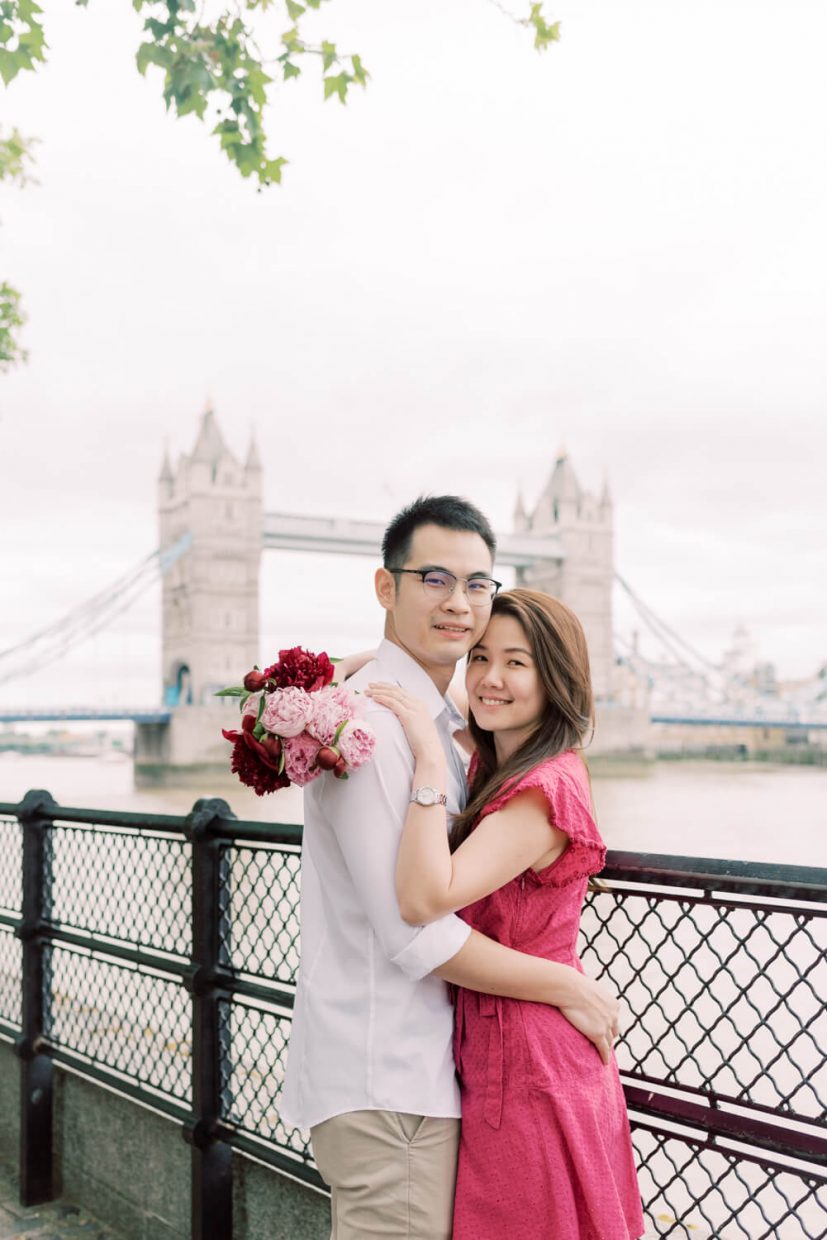 Very few landmarks are considered more iconic than the Tower Bridge in Central London. It’s no surprise that it’s become so popular for both locals and tourists – who sometimes end up calling it the London Bridge. I know. I once made that mistake too!

Jason and Michelle were visiting London from Singapore and wanted to have a relaxed destination pre-wedding session to celebrate their engagement. They both admire the beauty of the city and the iconic landmarks. But they didn’t want all their photos to be taken with a touristy backdrop. I was so pleased to hear this! There are so many hidden photo spots that don’t get noticed because they’re a step away from the touristy route.

st dunstan by the east

We started our session at St Dunstan by the East, the ruins from a Wren church and a little oasis near Tower Bridge. I was surprised that Michelle knew about it. But as it turns out, she’s been to London before and has ventured around a few times looking for hidden gems and local favourites. Ah, the best way to explore any city. At least, in my opinion.

Jason and Michelle both loved how calm and quiet St Dunstan by the East was, especially early in the morning. Only a few other people were around us, including a friendly gardener. He cheerfully greeted us and complimented Michelle’s flowers. She had just bought a bunch of peonies from the local market near their hotel. Ah, my favourite flowers! And they also matched her pretty little pink dress perfectly.

We headed to Tower Bridge and found the area deserted. A treat when you’re in Central London! The Tower of London was closed that day so that must explain the lack of tourists. I led them towards the docks where the view looks best and we had fun while I took more photos. I mixed some candids with naturally posed photos. We joked a lot and exchanged stories in between shots. I found it easy working with them because it felt like being with old friends.

Time flew by so quickly! And not long after, it was time to go.